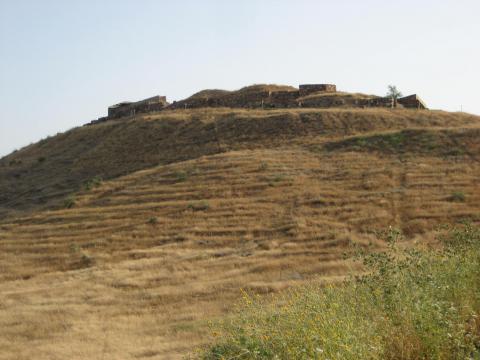 The Armenian-French joint archaeological excavation team, which carried out diggings at the citadel of the ancient Urartian Erebuni Fortress located in Armenia’s capital city Yerevan, summed up the results of the first phase of its activities during a press conference on June 28, 2012.

The specialists stressed in particular that the excavations will help bring into surface around a century-long time period, whose understanding will enable to write this chapter in Armenia’s history. Also, they highlighted that life in the Fortress still continued after the fall of the Kingdom of Urartu.

And in response to the news reporters’ query as to what kind of life Erebuni’s residents led, Deschamps half-jokingly said:

“Judging from the pottery discovered at the Fortress, we can say that the Urartians were familiar with the luxurious life; they had taste [and] loved to drink wine or beer.”