Armenia as Xenophon saw it 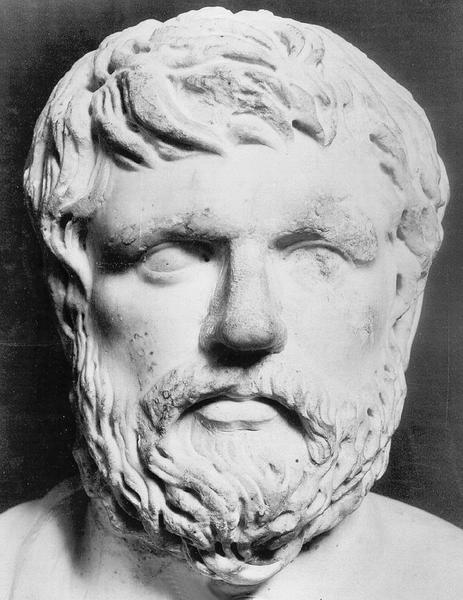 ANABASIS - By Xenophon - In this Ancient book you can find materials about Ancient Armenia and Armenians.

Retreat of the ten thousand

Greek mercenary soldiers, ten thousand in number, who had been aiding the younger Cyrus of Persia against his brother Artaxerxes, returned home in 401 B.C., after the defeat and death of Cyrus at Cunaxa. On their way back, they passed through Armenia, and the Anabasis (going up), written by Xenophon, their leader, contains some valuable information about that country. Their precise itinerary has not been definitely traced, but according to the generally accepted theory, they crossed the Centrites (Kentrides) River, the modern Bohtan‑Su, north of Til, reached the Teleboas River, the modern Kara‑Su, in the plain of Mush, and then the Euphrates near Manazkert, fording it where it was only knee-deep. Thence they marched to Olti, the country of the Taochci (the Armenian province of Taiq), south of Kars. From the "great rich and populous city" of Cumnias, in the Scythian country (the more modern Cumri, still later Alexandropol and now Leninakan), they proceeded through the area of Zarishat and south of Ardahan, and finally through the mountains of the Macroni and Kolchi tribes to the Black Sea port of Trebizond.

Armenia is described by Xenophon as a vast and rich country, with Orondas(Orontes) (Erouand, Ervanduni) ruling as satrap and Tiribaz as uparkos or vice-governor. In Xenophon's time the Armens had not yet occupied the plain of Ararat, which was then inhabited by Saspeirs, Alarodians (Urarteans) and the oldest native tribes. The Kartuchi (Korduq of the Armenian geography), living in the south of the Centries, were a warlike people, not subjects of the Persians. They and the Armens were in almost continuous conflict, which, says Xenophon, explains why there were no villages in existence on the right bank of the Centrides, in the vicinity of modern Serd.

The Kartuchi were a sedentary people, with a comparatively high degree of civilization. Their dwellings were described by the Greek soldiers as elegant and furnished with many copper utensils. They had plenty of provisions and wine kept in cemented cisterns. According to Strabo, they were skilled architects, experts in the tactics of besieging fortresses. Their arms consisted of bows and slings. The bows were one and a half yards long, and the arrows more than a yard. This mode of life does not harmonize with cattle-growing nomadic people, such as the Kurds. The Armens therefore, thinks Marquart, must have been kindred of the Khald-Urarteans. The army of Orondas, says Xenophon, besides Armens, included Mards and Khaldian mercenaries. The latter were a doughty people, noted for their long shields and spears. The Khaldian soldiers of Orondas are considered to have been the inhabitants of Sassoun and the Khoyt Mountains, who maintained their independence until their assimilation with the Armens. As to the mercenary Mards, they were, according to Herodotus, an Iranian nomadic tribe, to be identified, in Marquart's opinion, with the modern Kurds. The tenth century Arabian historian Masoudi states that the Kurds acknowledged as their ancestor the chieftain Kurd, the son of Mard. In Armenian history the Kurds have been known as the "Mar people."

The district of Mardistan, in historic Armenia, corresponds to Artaz, west of the modern Maku, South Iran. The district of Mardali (Mardaghi) must have been located to the south of Erzerum, north of the Bingöl sources. The Mards of this section of the country were evidently immigrants from the South, says Adontz. The bulk of the tribe occupied one of the southern areas of Vaspurakan (Van), near the upper course of the Centrides River. Xenophon mentioned particularly the extremely fierce and hardy Chalyb tribe, called Chaldaioi by Strabo, living in the Pontic Mountains, and mostly engaged in iron mining and forging. (The Greek marchers covered the distance through this coastal area — 50 parasangs or 150 miles — in seven days.) Several authors classify this people as being of the same stock as the Khaldi-Urarteans. The Taochi and the Phasian tribes, neighbors of the Chalybs, who likewise offered stiff resistance to the Greeks, are represented in the Taiq and Pasian districts of Armenia.

The above-mentioned tribes and several others, including the Kimmerian-Scythian settlers from southern Russia, dating from the eighth century B.C., were all independent of Persia. Scythian tribes, the Saspeirs of Herodotus, had occupied considerable areas extending from Colchis to Media — around modern Nakhjavan and as far as Kars, Leninakan and the plain of Ararat. Alongside the Kimmerians and Scythians should be listed the Sarmatian tribe, which includes the Siraqs and the Gogs, after whom the Armenian provinces of Shirak and Gougarq seem to have been named. The Mesoch-Mushkians, the Outians and the Pactians were also among the inhabitants of the Armenian plateau, each having its own language or dialect, and particular kind of social life and culture. They were all eventually assimilated with the Armens, adding their numbers to the larger elements from the Khaldi and the Hittites.

Despite the agreement entered into between Tiribaz and the Greek chieftains, some of their soldiers "insolently" burned some of the villages where they were to stop. They even had the audacity to capture the tent of Tiribaz — who, relying on the treaty, seems to have been unprepared — and carried away his silver-footed bedstead and his cups, as well as his bakers and cup-bearers (Xenophon).

Finding the villages evacuated, the Greeks spent seven days in sumptuous eating and drinking. "The tables everywhere were loaded with the meats of lamb, goat, pig, veal and chicken, as well as bread of barley and wheat. They drank beer from a great jar, sucking it through a tube." The horses of Armenia, says Xenophon, were smaller than those of Persia, but livelier. Being told that horses were sacrificed to the sun, Xenophon gave his old horse, in exchange for a foal, to a village chief, to be sacrificed, after being fattened.

Besides plenty of wheat, barley and cereals, the Armen villages had in store raisins, perfumed wine, sesame, fragrant oil of almonds and turpentine. The people were both cattle-breeders and agriculturists. They exported many horses. Herodotus calls the Armens polyprobatoi, "rich in animals." Distinction should be made, however, between the civilization in the different parts of the country. Stately houses with towers on the banks of the Centrides River were in striking contrast to the underground dwellings near the sources of the Euphrates. The rural life of the Armens was indicative of a patriarchal or family character. A group of villages was surrounded with barricades and was governed by a village chief or Komarch (archon tes komes) representing the satrap. Payment of taxes to the Persian king was made collectively. The absence of cities was noticeable. Various clans, settled in villages under local chiefs, supplied a specified number of soldiers to the army of the nearest petty king. A general of Darius was one of these kings. By the large numbers of the Armenian army serving under the Great Persian monarch — recruited from one section of the Armenian plateau — we are led to believe that all of the comparatively small number of new settlers were soldiers. The same was true in the Georgian and Albanian lands of the Caucasus, as pointed out by the Georgian historian, J. Tchavakhishvili. The word eri in the ancient Iberian (Georgian) language meant both people and soldiers. The Medes, after subduing the kingdom of Urartu, utilized the Armens in keeping that turbulent people under subjection. Marquart notes that the settling of the warlike Armen colonists in the strategic places in the Armenian highlands was because of their military capacity. From all this, Manandian reaches the conclusion that, as the ancient Slavons, so the ancient Armens were in the period of "warring democracy." The same may be said of the Medes and the Persians of old, whose democratic organization and public assemblies point to their having a soldier population.

Hence the destruction in the ancient East, even as in the medieval West, of the cultural great powers, had been mainly achieved by the so‑called "barbarian" new peoples, such as the Medes, Persians and Armens. Applying the principle to the Armens, Prof. Marr has remarked, "And now there succeeded, one after the other, warlike Aryan peoples, just as in later times came inrushing masses of Turks. These Aryan races who, at that time, were certainly savages by comparison with the natives, were nevertheless strong in their military organization, and subdued the culturally higher races, intermixed with them and created a new world."

Attention is called by Manandian to the fact that the commercial intercourse between Babylon and Armenia was carried on for the most part by the Assyrians. Business transactions, limited in Armenia in those days, were principally in the hands of the Semitic peoples, while the Armenians were essentially farmers and cattle-breeders.